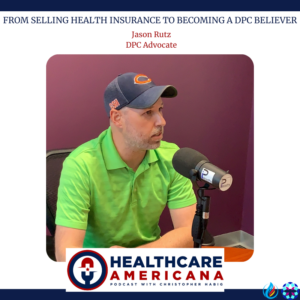 Jason Rutz spent many years selling health insurance in the form of custom Health Savings Account plans before the Affordable Care Act forced massive changes in his company and left him out of work. Years later, he discovered DPC and became a true believer in the movement.